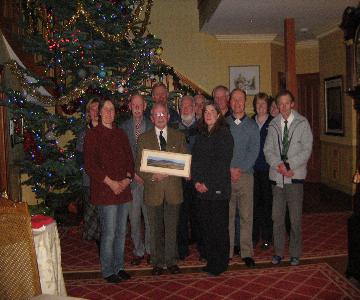 December 2010
Bennachie Carparks
All the carparks on Bennachie are very slippery due to ice, it is advisable to only use them if you have a 4x4.

December 2010
December Workparty
Due to the adverse weather conditions the workparty planned for saturday 4th december has been cancelled, the next workparty will be March 2011.

September 2010
Bailies AGM 23rd September 2010
We would like to thank all those who attended the AGM, the evening started with the election of the Bailies Council for another year, a big thank you for all your hard work to council members who are stepping down this year and welcome to those who ...

September 2010
Biodiversity Walk Sunday 29 August
A small group undertook this walk. The weather was so wet and windy that the group walked low level paths on Bennachie. We walked from the Bennachie Centre to the Back O' Bennachie following old tracks and paths. Despite the weather the group had an ...

August 2010
Bailies Picnic Sunday 8th August 2010
Enjoying a Picnic at Bennachie, photo by D Taylor Approximately 50 people attended the Annual Bailies Picnic held at the Back'o'Bennachie Field, the weather stayed dry and the sun was shining most of the day, there was music, a Bennachie Quiz, treasu... 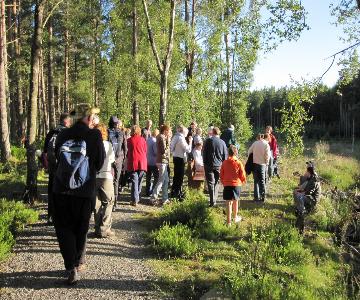 August 2010
Colony Walk Thursday 22 July 2010
In the sun looking across to Esson's Croft. photo by A Sutherland About 40 people recently attended this Bailies walk. The party followed the "Colony trail" and looked at various remains on the ground of the Bennachie Colonists. 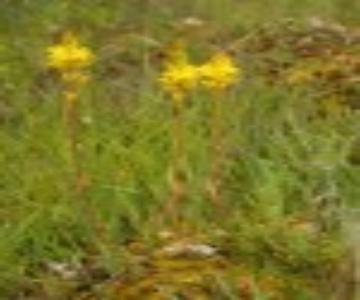 August 2010
Flower of the Month!
photo Forestry Commission Scotland Copyright Flower of the Month: Bog AsphodelAs you are on the top of Bennachie in the damp peat areas you will seethis plant. It is between 10 and 40cm tall and consists of an erectleafy stem, which terminates in a ...

July 2010
Bailies of Bennachie Guided Tree Walk
A group of 18 met at the Bennachie Centre on the 30th June 2010 to study some of the trees on Bennachie. The walk was led by Bailies Council Member Dr Colin Millar. The emphasis was on recognition and identification of individual trees on the basis ... 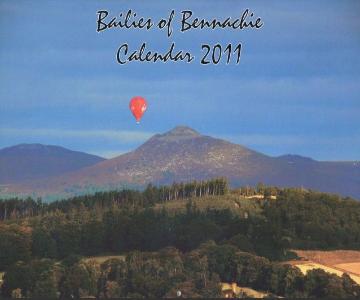 July 2010
Bailies of Bennachie Calendar 2011
Our 2011 Calendar is now on sale, we would like to say a big Thank You to everyone who donated photographs for us to use, if you would like to purchase a calendar please download and complete the order form on our Publications page.

June 2010
2010 Newsletter
We have published and distibuted our annual newsletter, if you would like to read it and find out what we have been doing over the last year.

June 2010
Doric Night 28th May 2010
We would like to thank all those who attended, over 80 people enjoyed the evening of poems, music and song, the evening started with a tribute to Algy Watson who for many years was compare for our Doric night, sadly Algy passed away in May and the... 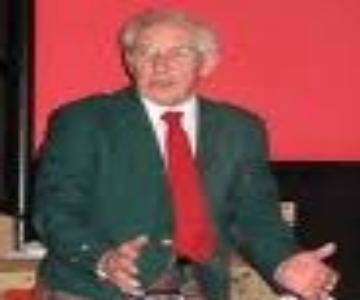 April 2010
Bennachie Home - Coming Festival August 2009
This festival was a great fun with over 500 people in total coming toall the combined events. The Doric night, Haggis in the woodlands and Castletours around Bennachie appear to have caused the most interest!?

April 2010
Alison Sutherland Steps Down as Senior Bailie at AGM
Alison, after 13 years, has decided to step down from the BailiesCouncil. She has been a dedicated council member, Treasurer and recently Senior Bailie (first female senior Bailie). Alison is very approachable, honest and hardworking and without her...

April 2010
Summer is Here!
The first Cuckoo was heard on Bennachie on 28 April 2009. Please let us know if you see any interesting birds or plants on Bennachie! Remember there are ground nesting birds on the top of Bennachie, so please keep your dogs under control.Dogs on Benn...

April 2010
Dogs on Bennachie
Dogs and their responsible owners are always welcome on Bennachie! Please remember that there are no dog bins on the hill so if your dog does foul on a trail please" flick with a stick" into the woods for the slugs to eat! If you normally...

April 2010
End of Summer 2009
Forestry Commission Scotland has now finished most of the trail work on Bennachie. By the end of this summer they will have re waymarked some of the trails, produce a new leaflet and will have erected new orientation and interpretation boards at the ...