In 2017 the Bailies were awarded a grant from the HLF to help fund a community project to recreate part of a Kailyard at one of the old Colony sites known as Shepherds Lodge, once the home of the Littlejohn family. The aim of the project was to help discover what life might have been like for the Colonists. What were their methods of farming, were they influenced by the “improvements”, what did they grow, and what problems may they have encountered? Following research our cultivation methods are similar to those we believe would have been used by the Colonists and the chosen plants are mostly heritage fruit bushes from the 19th century.

By the end of 2017 volunteers had cut back and removed unwanted herbage, dug, tested and manured the soil, erected a fence and planted a number of fruit bushes. During 2018 the fruit bushes put on good growth, even offering a small amount of fruit. They continued to flourish throughout 2019, despite the gooseberries falling victim to a sawfly attack. Access to the Kailyard during certain months of 2020 were restricted owing to the corona virus but the kailyard continued to thrive helped along with some good weather. With rhubarb, gooseberries, blackcurrants and raspberries on offer a few of our volunteers tried out some interesting recipes. We must confess though, one of the best ways of eating the fruit was straight off the bush While volunteers continue maintaining the Kailyard over the next few years, a diary is being kept from which we will transcribe our findings.

Already we are learning a little more about the Colonists, which in turn is presenting us with new topics of research that could have influenced their lives. We know the soil is much deeper in the Kailyard than other parts of the croft and of a good quality, showing the amount of skill and effort put in by the Colonists. Evidence that they were using their midden to fertilise this plot comes from the considerable amount of 18th/19th century pottery unearthed while we were digging. This pottery has also given us a good indication of what crockery the Littlejohns were using. However, the attack of sawfly on the gooseberry bushes during 2019 gave us cause to question what type of pest controls the Colonists might have used. In this case we picked off the larvae and eggs, which is probably still the best method today. But what other pests and diseases might they have faced and how would they have coped? Following the covid outbreak in 2020 (certainly something the Colonists would not have suffered!) but what ailments did they have to deal with and what effects might this have had on their ability to work the land? With the bushes now providing us with fruit, we are trying out recipes and ways the Colonists could have used their harvests, with some interesting theories.

Visitors are always welcome, so if you are visiting Bennachie pop along and view our progress. 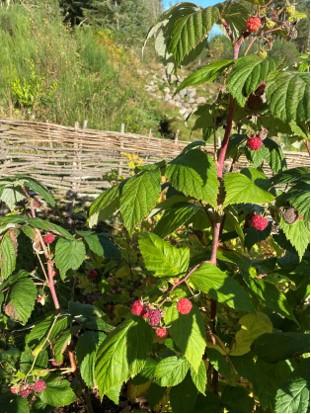 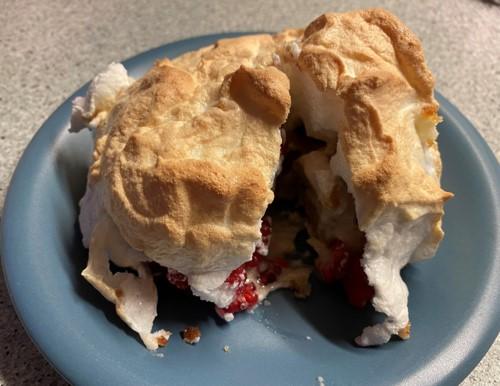 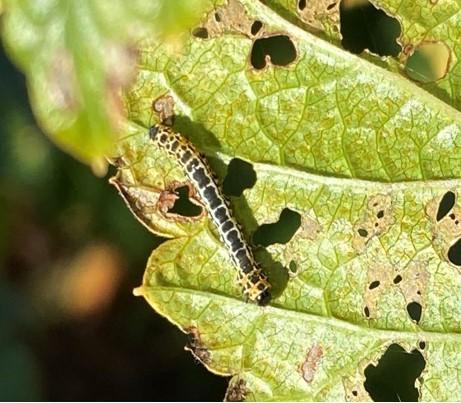 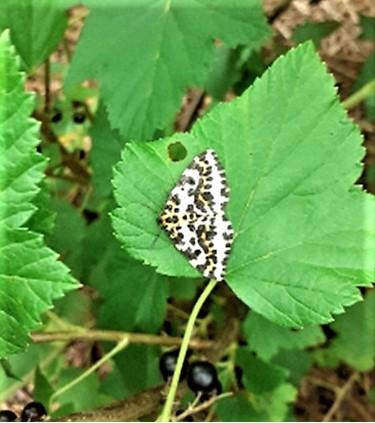