West End is the western-most and highest of the Colony crofts (720 ft above sea level) and consisted of around 9 acres. The remains of the croft, as depicted on the 1st Ordnance survey map, shows two buildings, one of a long range divided into two compartments. The home has some skilful stonework in the NE corner suggestive of a cruck-frame support or brace. It had a small enclosure to the N.E, probably a kailyard. There are suggestions of further structures below the house. The associated fields are now under plantation woodland with some areas of natural regeneration.

It was the home of John Garden and his family for around 25 years. John was a stonemason, originally from Forgue, and arrived on Bennachie in the late 1840s with his wife Jane, originally from Inveravon on Speyside, and their three children, Margaret, John and William. While living on Bennachie they had another three children, James, Jean and Elspet, and for a while also boarded a young child, Alex. Ritchie.

On Division of the Commonty, John was forced to pay an annual rent of £1 5s. 0d. (£1.25) for his croft. The 1860s were a wretched time for Jane. Her son, William, died in 1863, aged 15. Then her husband died 1864, in Dufftown, in dire circumstances. Finally, her youngest daughter, Elspet, died in 1865. By this time only her daughter Jean was dependant on her. Jane did not apply to the poor board for help. It is assumed that her eldest son, John, quarrier and blacksmith, still living at home, was probably helping to support them. In 1869, John Jr, through a liaison with Mary Littlejohn (daughter of Alexander Littlejohn, Shepherds Lodge) provided Jane with a granddaughter. John and Mary never married, but Jane took the child in and brought her up. She was named Elspet and may have been named after Jane’s youngest daughter who died a few years earlier. About 1873 Jane moved away from Bennachie and went to Old Machar, Aberdeen, taking Elspet with her. In the 1881 census she is listed as a Housekeeper of a Wash House and Elspet as a scholar. 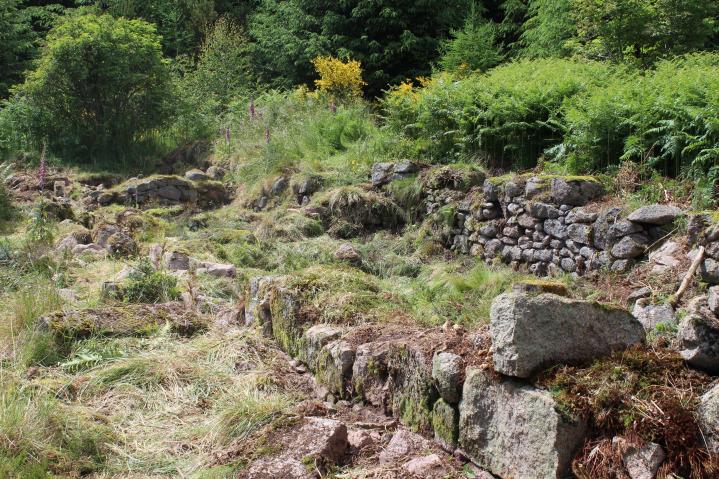