Home to the Littlejohn family before their eviction in 1878, Shepherd’s Lodge consists of the house and range of buildings. The remains of the fields can still be seen and are now the location of a new foraging woodland and kailyard (kitchen garden).

Shepherds Lodge sits between Esson’s old house and the quarry on the south side of the Colony Trail path. It can be easily accessed from a small path which leads down to the ruins of a building with four abutted compartments. Evidence suggests that the two larger compartments were once homes to two families, while the two smaller compartments were possibly a cart shed and storeroom. The buildings face southeast, overlooking the Don Valley and part of the Garioch, with a kailyard (kitchen garden) along the back and to the southwest side. There are associated fields lying to the front of the house and a stone well to the southwest with access back onto the Colony Trail. Under a joint initiative between the Bailies of Bennachie and the University of Aberdeen this site was excavated in 2013. (See report in Bennachie Landscapes Series 3.)

Shepherds Lodge was the home of Alexander Littlejohn for over 40 years. Alexander and his wife, Elizabeth, together with their three youngest children moved to Bennachie in the mid-1830s. While living at Bennachie they had four further children, the first (David) born in 1838, was the second recorded birth on the Colony. As the Littlejohn family grew over the years, a smaller extension was added where one of Alexander’s sons and his family lived. With the Division of the Commonty in 1859, Alexander was given a one-year lease at Shepherds Lodge, which included the standard condition for Colony crofts that tenants must improve a half-acre of ground, within his boundary, each year. The early 1860s were unkind to Alexander as he lost his wife, his daughter, Sarah Mitchell, and her husband, James, leaving five orphaned children. Three of the children were subsequently housed at Shepherds Lodge. By 1878 Alexander was 84 years old, in poor health, unable to work and classed as a pauper by the Poor Board. Then, due to rent arrears, he was evicted. The local story goes that the furniture was removed and Alexander was carried out of his house on his bed, along with crying children and other family members. The walls were then pushed in and the roof set alight. However, following the 2013 excavation the story of the roof being set alight is in question. (See report in Bennachie Landscapes Series 3.) Alexander died a year later in Aberdeen.

Today, visitors to Shepherds Lodge can view part of the original kailyard which has been recreated by the Bailies and members of the local community. The different types of fruit growing there are mostly varieties that would have been available in the 1800s and are being cultivated under similar methods to those of the Colonists. In 2017 the fields in front of Shepherds Lodge (once part of the Littlejohn croft) were planted with native trees and shrubs that will eventually bear fruits. 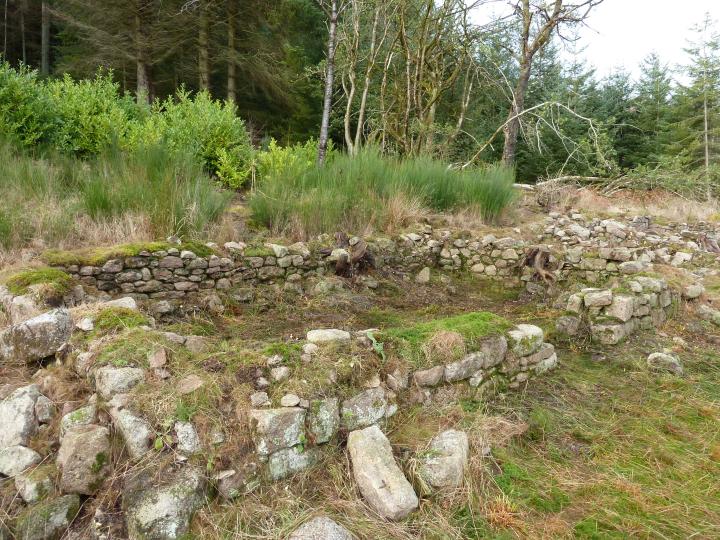