Secrets of Pictish Hillfort on Bennachie Revealed at Inverurie Talk

The spectacular opening up of an ancient well in the hill fort at the top of Mither Tap, Bennachie last summer caught the public imagination with photos being shared across the world. In addition, large areas of charcoal deposits, with bones, and living structures were also discovered within the pictish fort. These discoveries and more were made as part of the first modern excavation of the fort. Professor Gordon Noble of the University of Aberdeen led this amazing dig and will be giving a talk about the findings in Inverurie. Professor Gordon Noble’s talk takes place at the Acorn Centre in Inverurie on Thursday 19th March at 7.30pm.

The event also includes the AGM of the Bailies of Bennachie, a voluntary conservation charity, who helped with the excavation in June last year. Mither Tap is not the highest but is the most distinctive peak on Bennachie and is one of the best-known landmarks in Northeast Scotland. Climbers to the top pass through the massive ramparts of the fort but little has been known about the lives of the people who built it.

The Outreach officer for the Bailies of Bennachie, Fiona Cormack commented:

“We are really excited that Professor Noble is coming to give this talk. The excavation of the Mither Tap hill fort has shed new light on the history of the Bennachie hill range. It will be fascinating to hear what has been discovered. The Balies are also holding their short AGM at the event, looking at their activities over the last year and ahead to plans for the forthcoming year.”

The talk is free to attend and tea and coffee will be served. 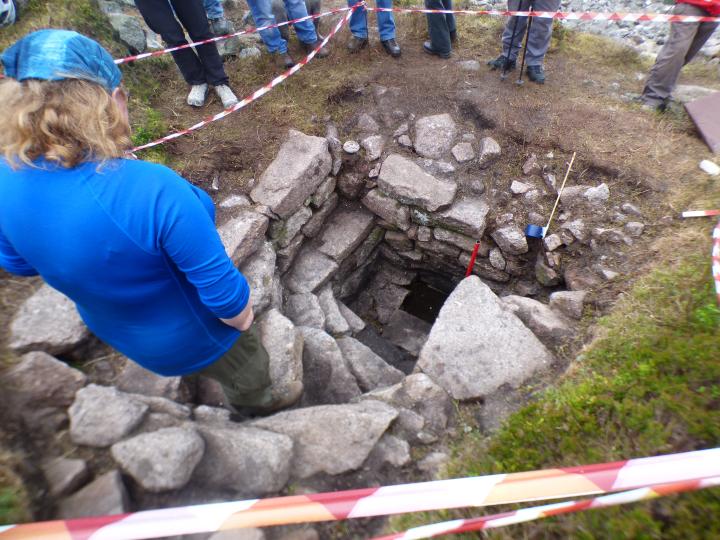