Story of the Bennachie Colonists Told for Scottish Archaeology Month

The story of the Bennachie Colonists will be told through a four-part presentation looking at what was known before investigations began; the excavations into the colony houses; the family history and what happened next to the Colonists and the area.

The Colonists were mostly farm workers in the late eighteenth and early nineteenth century who were being forced off farms by changing agricultural practices. They chose to move to the commonty land on the lower slopes of the hill. There, they built their houses, cleared the land for animals and crops, grew gardens, quarried rock and eked out a living from the land."

"When the commonty was divided between neighbouring landlords in 1859, the Colonists found themselves due to pay rent. Many left Bennachie and their story was almost forgotten. These presentations show how the Bailies have discovered more about their lives and times and the fascinating history of this group of people who made their lives on Bennachie."

The first presentation will be launched online on the 1st September 2020 and will show how patterns of stones led to the mapping of the Colonists’ houses. The next three parts will be released weekly throughout the month.

"This is a history of struggle against the elements and poverty and I am delighted to be a part of telling it in a new way for Scottish archaeology month. As an amateur archaeologist I find it exciting how the human history has arisen from the stones people left behind. I hope people of the north east will enjoy following the story of the Colonists throughout September and will be inspired to visit the remains of their homes near the Bennachie Visitors Centre, whilst following the latest NHS and Scottish Government advice on how to stay safe." 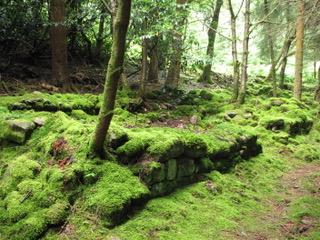