Kintore school is continuing its analysis of the massive collection of finds discovered through field-walking on the presumed site of the former royal castle of Kintore. These will be exhibited in the school library and entrance area for the benefit of the wider community. It is also hoped to make the finds more widely visible by means of the school's website.

Fieldwalking on the site of the presumed Medieval castle of Kintore has resulted in a massive haul of ceramic finds. These cover the date range from the 13th to the 20th century and support the notion of the existence of a castle in the field. Pupils from the school have formed an after-school archaeological club where they are processing, cataloguing and analysing the finds. 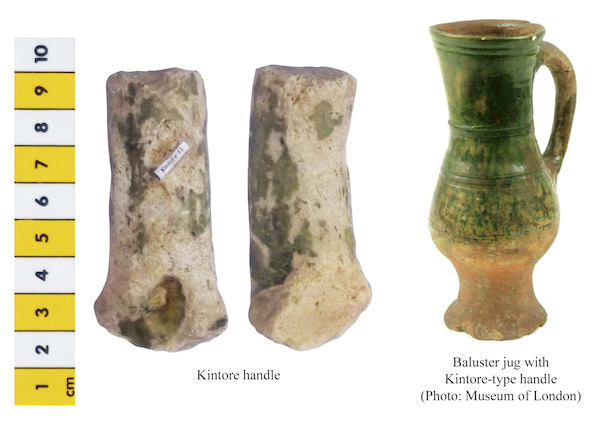