Situated beside the Rowan Tree footpath and used for generations as a resting and picnic spot on the way up to Mither Tap, Hosie’s Well sits also beside the Maiden Causeway.

The Battle of Harlaw took place in 1411 on the sloping land to the west of Inverurie. Here the Earl of Mar and his men fought the Highlanders in a bloody battle. Hosie, a local man, was on his way to marry his bride when he was persuaded to fight in the battle instead, postponing his wedding. After the battle, he was imprisoned in a Hebridean dungeon for several years. Eventually he escaped and went to find his bride to be. While he was in prison she had married someone else.

Hosie was heartbroken, and with nothing to live for, he died and was buried on the hill overlooking Mither Tap. The well near where he was buried is called “Hosie’s Well” because it was believed that the water in the well is “nothing but Hosie’s tears”.

Although it must be said McConnachie (Bennachie p50) appears to be unaware of him “who Hosie was has not been handed down by tradition, nothing but the name and the well remain”. What he does say though is “That some fifty years ago one William Gilmore built himself a hut there, the remains of which are still visible, close to the well, and lived in it with his family for about two years”. It does seem strange that McConnachie with his vast knowledge of Bennachie is totally oblivious to the Hosie legend.

The enigma is that on p79 he included the ballad of Hosie’s Well which he must have read. Curious!

Although Hosie is a Scots name ; Hose or House with the diminutive -ie: ending (Scottish Names, Waverley Books) this could be an alternative name from William Gilmore’s “hut”. 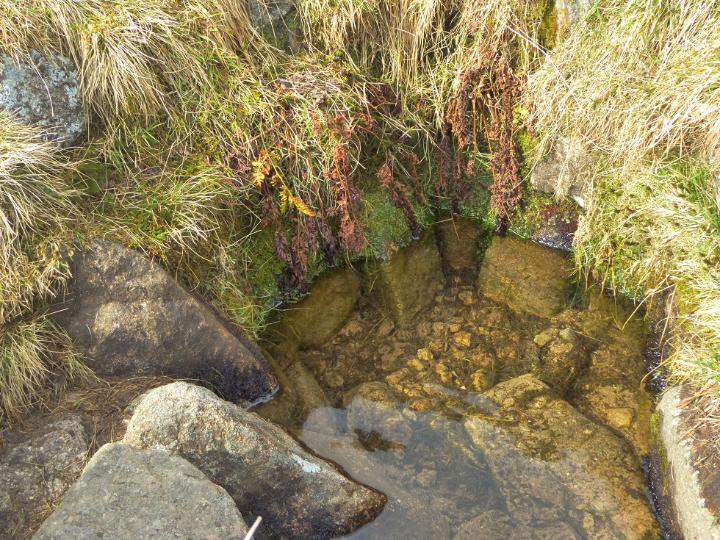