Hillside is set back from the footpath and is situated on an elevated site above the Clachie Burn. The croft consists of two houses, separated by a cobbled area, and several small outbuildings, with surrounding fields of over 7 acres, making it the largest of the colony crofts. The house to the west is the smaller of the two dwellings and originally consisted of one room, while the house to the east had 2 rooms and a kailyard attached. Under a joint initiative between the Bailies of Bennachie and the University of Aberdeen this site was excavated in 2013. (See report in Bennachie Landscapes Series 3.) Over the years, trees and shrubs have grown freely in this area making access difficult.

It is not known when the dwellings were built or by whom, but it is possible that Hillside was, for part of its time, a shared occupancy croft. Research shows that one of these houses could have been the home of Francis Cooper and his wife, Isobel Smith. It is believed that the Cooper family first arrived on Bennachie in the late 1830s with their son, William. While on Bennachie they had three further children, Francis jnr., who was the first recorded birth on the Hill of Bennachie in 1838, followed by James (1841) and Arthur (1843). Sadly, Francis Snr died during the mid-1840s leaving Isobel with four young sons to bring up.

During the 1850s the smaller house was occupied by the Mitchell family. In 1849 James Mitchell married Sarah Littlejohn (daughter of Alexander Littlejohn at Shepherds Lodge). He came to live on Bennachie bringing his young son, Alex, from a previous marriage. By 1862 James and Sarah had five young children when sadly Sara died, followed a year later by James, thus leaving a family of five children aged between 13 and 2 years.

The larger house was occupied by John McDonald and his daughter, Margaret. The date of their arrival is believed to be some time in the 1850s. Archives show that in 1859 John took a lease on the property and continued living there until his death in 1870. After his death, Margaret carried on at the croft but fell behind with the rent and records show that she was “removed” in 1878. A year later she died in Aberdeen City Hospital of pneumonia. 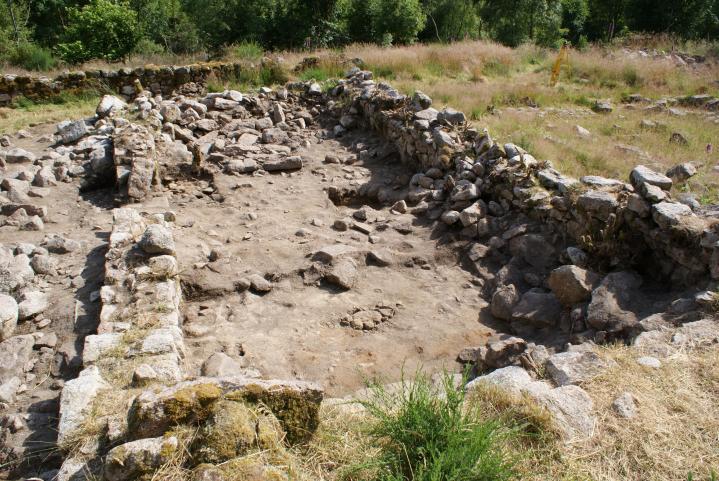