Learn more about the beautiful and exciting hill stop around Bennachie. 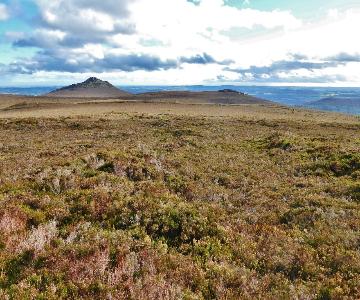 This is scarcely a top but rather an elevated mound some 0.5 km east of Oxen Craig. It is close to an area of deep peat and in the days of the peat cutters it would have been regarded as a sort of grieve (“gaffer”) looking down on them. The other name refers to the fact that averons (cloudberries) are present because of the deep peat and altitude. These are plants with strawberry-type leaves and flowers and fruits like large raspberries which are orange when ripe. They should not be eaten raw but do make a lovely jelly. 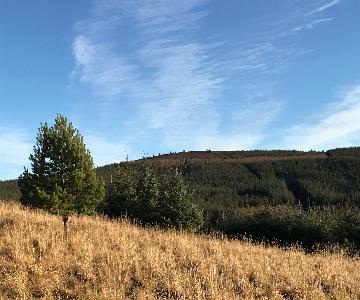 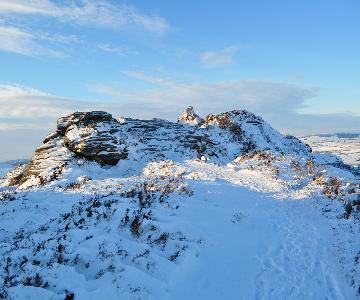 Craigshannoch means “hill of the foxes”. This is an interesting top with a rocky summit and a line of cliffs descending to the north in what is almost an arête Here there is some fine rock scenery. About half way down the rocky “arête” is Harthill’s Cave. It was here that the notorious Leith, laird of Harthill, hid as he watched his Castle burn having set fire to it to spite his creditors. The entrance is low but inside a number of people could be accommodated in deteriorating weather conditions. 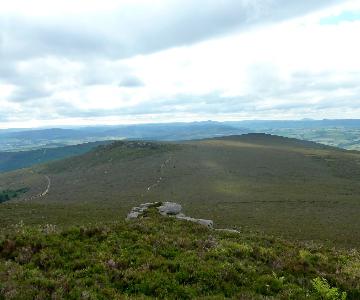 In “Bennachie” by Alex Inkson McConnochie 1890 it is said that a “hermit” used to frequent this part of the hill.

This is the name given to the 1km (approx) northern spur of Watch Craig. The word “hummel” is used in various connotations e.g. “hummel doddies” are gloves without fingers, a hummel stag is a stag without antlers so Hummel Craig presumably is so named as it has no outstanding features. 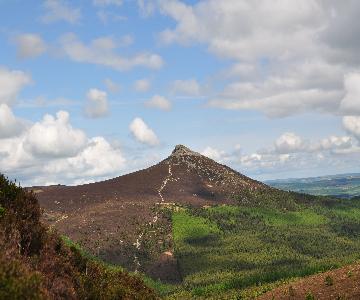 Although not the highest point it is the most prominent and spectacular of all the Bennachie tops (the Fujiyama of Aberdeenshire!). The views from the summit are superb. A mountain indicator designed by the Bailies of Bennachie and near to the Ordnance Survey trig point is useful to identify the various landmarks including the high tops of the Cairngorms. Also on the summit carved in a square into the ganite bedrock are the letters “B”, “P”, “LE”, They stand for Balquhain, Pittodrie and Logie Elphinstone, indicating the meeting at the summit of these three estates on the division of the Commonty in 1859 (the lairds must have been confident of the outcome of their case in the Court of Session as the date carved is 1858. 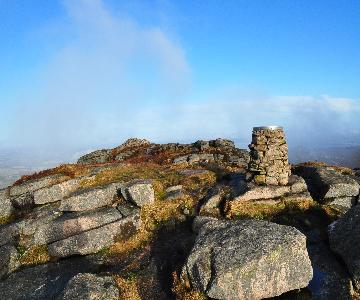 This is the highest point of the Bennachie range and a very fine viewpoint. An indicator designed by the Bailies of Bennachie enables you to identify all the visible summits, Clach na Ben, Lochnagar, Morven etc. The summit rocks have small potholes (some people think they are cup marks). Not far from the indicator look for a rectangular hole cut out of the rock. This was the socket of a memorial stone erected by the people of Oyne to commemorate the sad death of a local lad with learning difficulties, Robert Dawson, who went missing from home in November 1856. He was found sitting on this stone 16 days later having died from what we would now call hypothermia. Robbie’s mother, however, objected to the wording on the stone, knocked it down and broke it into pieces. 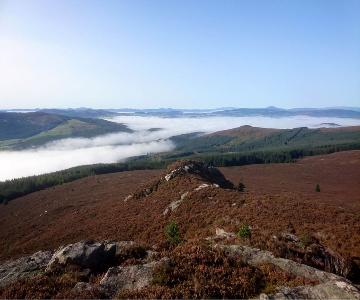 It is unknown why it is called Watch Craig. There are good views from this top of the Don valley. At the rocky top carved into the bedrock are the letters A, A, P standing for Ardoyne, Auchindoir and Premnay referring to the land allocation to the three estates on the division of the commonty of Bennachie.