The Bennachie Colonists believed that when a cuckoo returns to Bennachie in the spring it perched on this stone to proclaim its arrival. Adults arrive in late March or April and depart in July or August, with young birds leaving a month or so later. In the wall beside it look for the hatching cuckoo egg and try to decipher the inscription. The cuckoo (Gouk) is used as the symbol at the Bennachie Centre. This large stone is next to the ruins of a colony house and was a Commonty boundary stone. 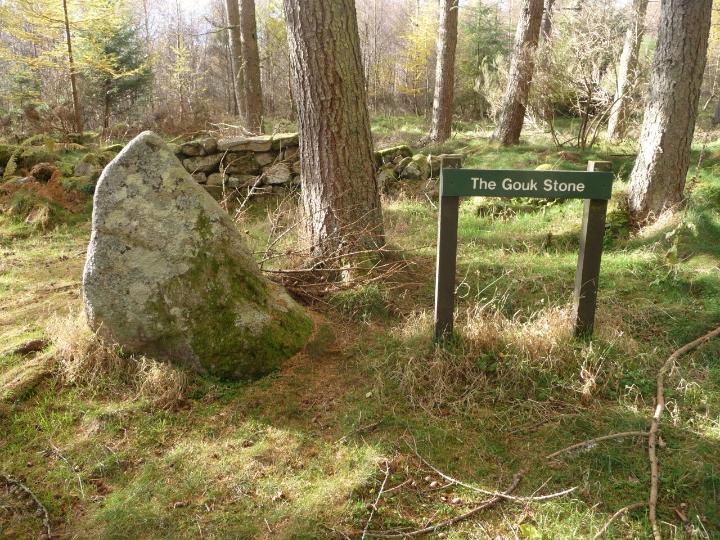