The original name of this croft is unknown, and nothing is certain of its history or occupants. However, research suggests that this could be the old Esson house which was later modified into two pauper houses. In more recent times it was referred to as the “A-Frame”, due to an outdoor artwork installed on the site (since removed for safety reasons), but this was purely a working name. The house is difficult to see from the Colony Trail footpath but there is an “ancient monument” sign protecting the site which is clearly visible, and the house is a little way to the left of this. The dwelling still has surviving walls and remnants of a central, stone-built dividing wall which is not tied into the structural walls against which it abuts. This, together with front doorways leading into each of the two halves, suggests later modifications.

According to the Oyne Parochial Board records of 1860 two families (Christie and Cooper) were moved into a house that had until recently been occupied by the Esson family. The Board reported that they had divided and rethatched the house. The Christie family was headed up by John Christie, an Agricultural Labourer. His wife, Mary Reid, together with the younger members of their family moved into one half of this house. Both John and Mary continued living there until they died – Mary in 1864 and John in 1878. The other half of the house was allocated to Isobel Cooper, a widow with a young family to support. Before the year was out Oyne Parochial Board moved them again, this time to the Poor Cottages at Rye Hill. By this time Cairn Coutie had been deemed uninhabitable, so the Board moved Alexander (Sandy) and Mary Lindsay into Isobel Cooper’s vacated part of the house. Sadly 3 years later, whilst still living on Bennachie, Mary Lindsey died. Her husband, Sandy, died in 1875. 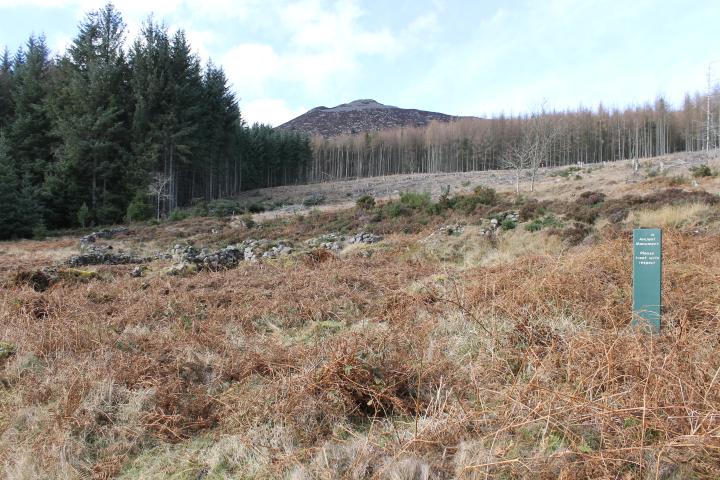