Remains of a small house, the walls have consolidated with lime mortar. Located within the west gable is the built-in fireplace.

Following an excavation of Cairn Coutie in 1999, archaeologists found the house walls had been carefully constructed and the courses mortared. The house consisted of one room, measuring approximately 8 x 5 m, and a fireplace (with peat still visible) in the west gable wall. The house has a doorway towards the east end and a window towards the west. Among the finds were numerous shards of window glass, glass bottles, pottery, remnants of two shoes, and a metal belt buckle. There is a possible kailyard enclosure to the west of the house and associated enclosures to the north and south.

The 1851 Census shows that Mary Emslie, and her two children, Margaret Robb and Robert Addison (or Eddsion/Edeson) lived there, along with two boarders, Alexander (Sandy) and Mary Lindsay. By 1861 the Emslie family had left the Colony.

Sandy Lindsay was a fish dealer who drove fish from Peterhead and Aberdeen, specialising in herring (fresh and salt) and dried dogfish. From 1855 the Lindsay’s were afflicted by poor health and employment problems due to seasonal interruptions to the supply of fish. As a result, they subsequently relied on relief from the Oyne Parochial Board. Their livelihood was further severely impacted with the death of their horse in 1857. In November 1860, the house was deemed uninhabitable and the couple were moved to another house on the Commonty.

The name “Cairn Coutie” has many variants including Cairn Coutty – Cooly – Coolie – Cootie. The “Coutie” or “Cooly” elements both derive from the Gaelic “coille” – a wood, or perhaps “coll” – hazel. As there is no evidence for any name of the croft, it seems reasonable to adopt “Cairn Coutie” as a working name. 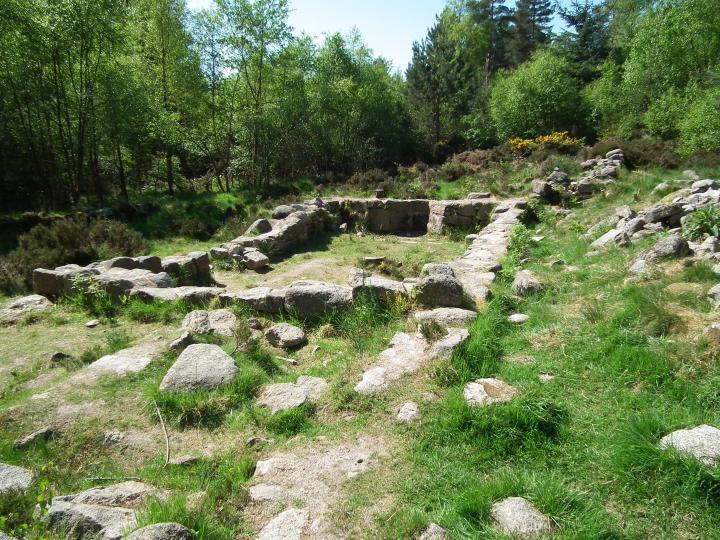