Burnside is on an elevated site, overlooking the Clachie Burn and can be viewed from the footpath along both its south and west borders. As well as the remaining house walls, the associated fields and kailyard have some surviving sections of drystone dyke boundaries. In 2013, excavations and soil testing revealed drainage ditches in the fields, topsoil that had been ploughed and a kailyard that had been improved by turves. This all helps to illustrate the hard work of the Colonist in cultivating this stony, poorly drained land with thin, infertile topsoil.

The first known residents of Burnside were James Findlater (an agricultural labourer) and his family who came from Bograxie on the Balquhain Estate in the mid 1830s. It is not known if the Findlater’s were the first residence of the Burnside croft or the exact date of their arrival. The 1841 census shows the household comprised James, his wife Ann (nee Ross), their daughter Sarah, and son Robert. Their eldest daughter, Susanna (a house servant), is not mentioned on the census so is presumed to be away in service. Some time later during the 1840s Ann died and in 1847 Sarah married Bennachie crofter, John Esson, and moved to Boghead of Tullos. In 1851 Susanna is now listed on the census as living at Burnside with her father and two step brothers. After Ann’s death, James had a relationship with Bennachie crofter, widow Isobel Cooper (nee Smith), and the couple had another three children together. In 1854 James died leaving no means of support for the three young children. The Parochial Board agreed to support them at the rate of 7/- (35p) per week.

Susanna’s sister, Sarah Esson, died in 1880 and in the 1881 census Susanna is listed as living at Boghead of Tullos as housekeeper to her brother-in-law, John, and nephew, George Esson. (By this time Boghead of Tullos was the only occupied house in the Colony.) However, the Valuation Roll of 1885 shows Susanna still paid rent of £1 annually for the house and yard at Burnside. By the time of her death in 1889, Susanna was living in Monymusk. 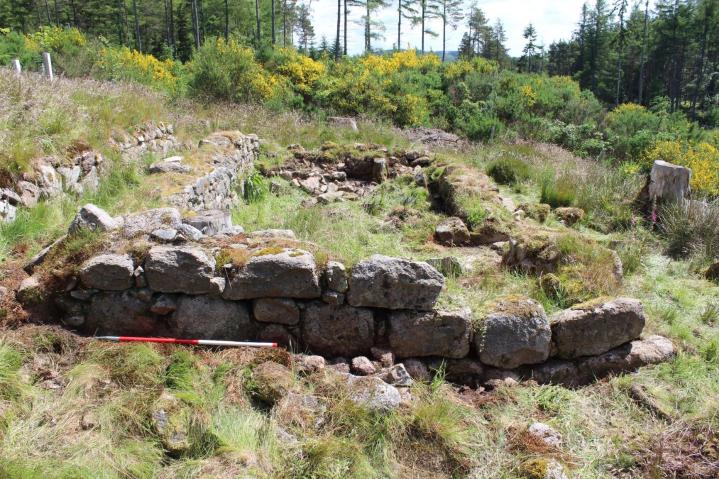