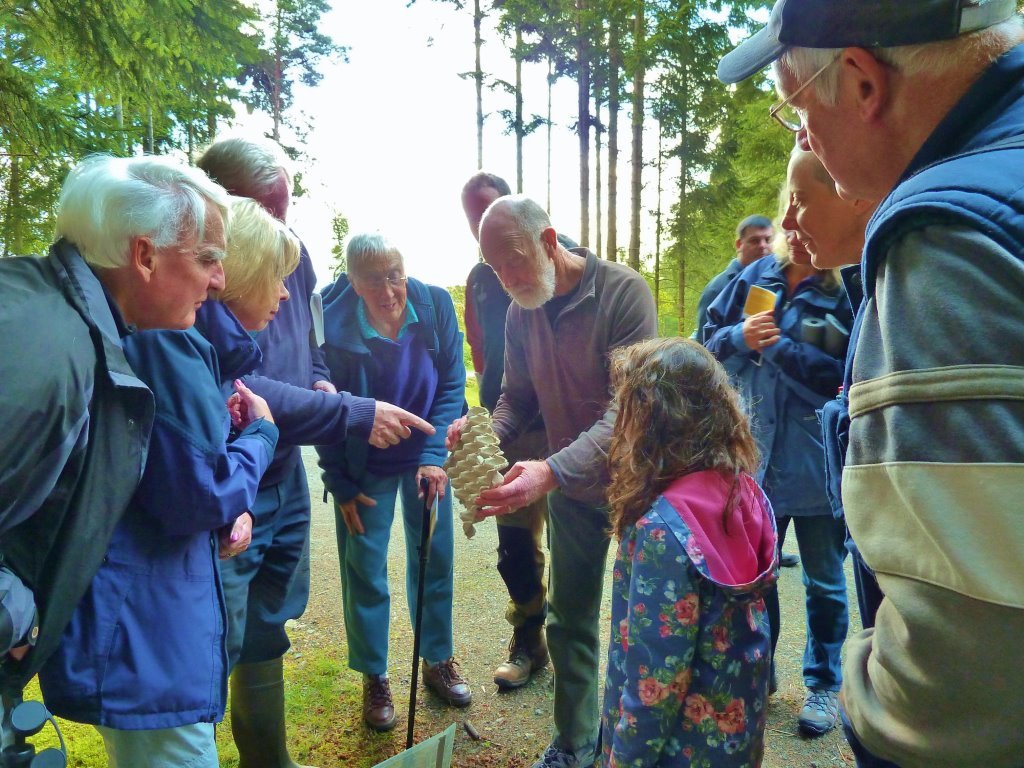 Moth traps were set in the area close to the Bennachie Centre on Friday evening (22/8/14) ready to open up the following morning.  A rather cool night plus rain meant the traps were not as full as had been hoped but they still revealed a small selection of what can be seen on Bennachie at the moment.  Dr Mark Young, from the University of Aberdeen, gave an interesting talk explaining the life cycle of the moth before escorting the group around the different traps where the moths could be examined more closely.  There was a selection of different moths varying in size, colour and markings and Mark named and described the particular features of each type before releasing them back into the undergrowth.  A very interesting and informative morning.