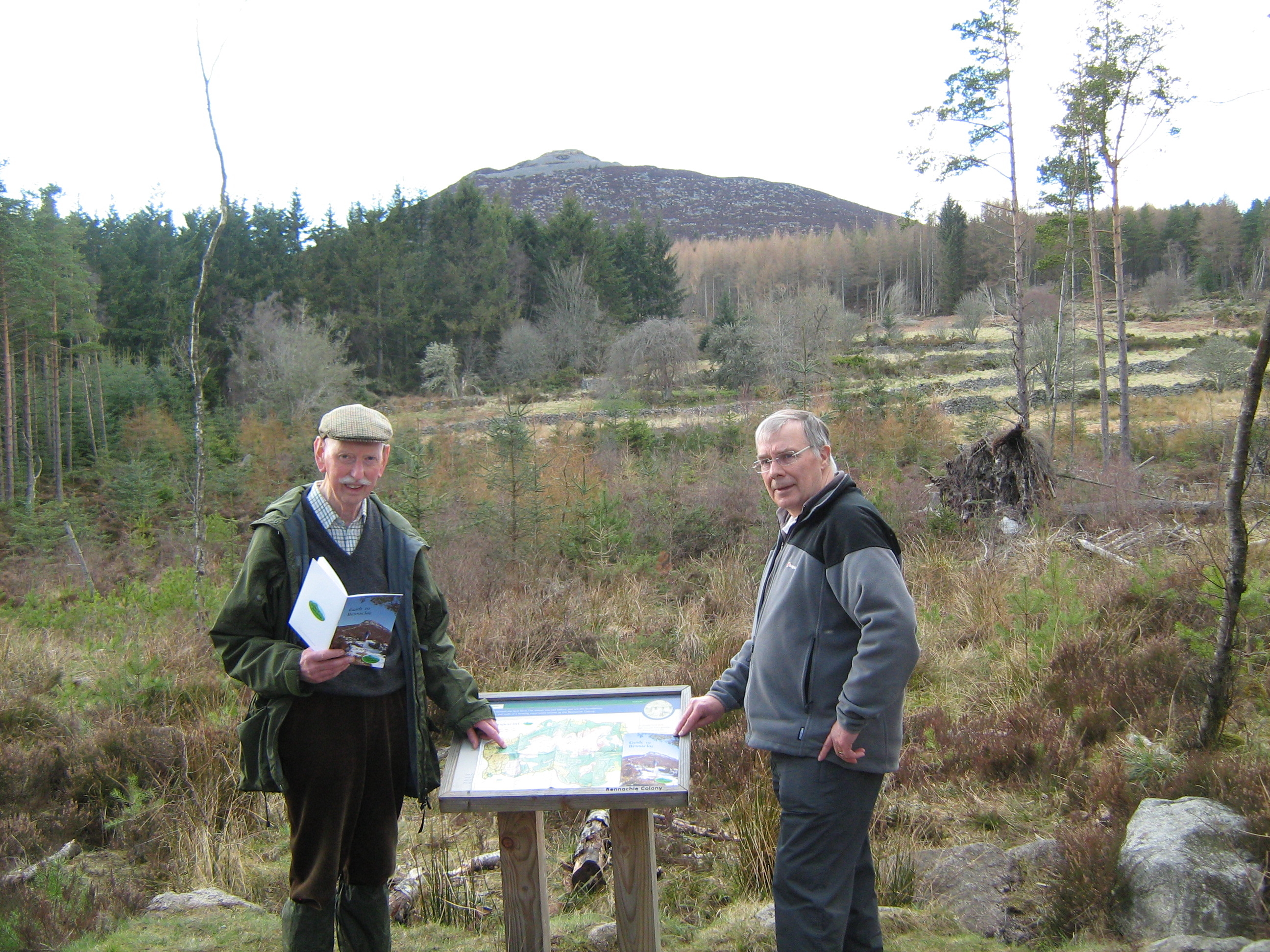 A colourful and newly revised version of the Guide to Bennachie was published by the Bailies of Bennachie at the beginning of  Spring. Judging by sales in these few weeks it has been a very welcome addition to many households, both local and from farther afield. Whether for the serious hill-walker, gentle rambler, ornithologist, botanist, landscape and fauna photographer, school teacher and pupil or general wildlife watcher the book makes an ideal companion. Dedicated to the late Lord Forbes, Guardian of Bennachie, this wee book is the result of years of work by dedicated Bennachie bailies James R. MacKay and John Nicol who are responsible for this revised edition which includes an up to the minute map of the mountain and surrounding terrain tucked in its back pocket. Its handy size and pages of useful information mean it will surely be tucked into many a back pocket or back-pack.As well as pleasing photographs of well-known – and not so well-known landmarks on ‘the blue hill’ the list of contents is comprehensive. It includes Bennachie’s history geographically and socially from the time of early man around 2000 BC, its battles, castles, details of agricultural methods, the colony and lifestyle of the colonists up to air crashes during World War 2. Modern times are meticulously categorised in suggested routes for walkers (ambitious or easy-going) and there are descriptions of the many summits in the Bennachie range, its plants, flowers and fungi both woodland and upland and the resident wildlife, all of which combine to make Bennachie a microcosm of biodiversity. Life-long lover and walker of the hill James MacKay discovered when he embarked on the very first guide book many years ago that existing paths were in poor condition. But over the years the path network has increased significantly and brought up to a standard which makes walking on Bennachie ‘world class.’ He has twice revised the guide but has been aware in recent years of the need for a complete and more radical revision. He voiced his opinion to the Bailies of Bennachie council who appointed to help him in his project council member John Nicol and senior bailie Jackie Cumberbirch who has the experience of working for the Forestry Commission Scotland. Said James “It has meant a lot of research – and walking about the hill but I think we have both enjoyed it and are pleased with the result.
“It’s nice that has been published in this 40th anniversary year for the Bailies of Bennachie.”