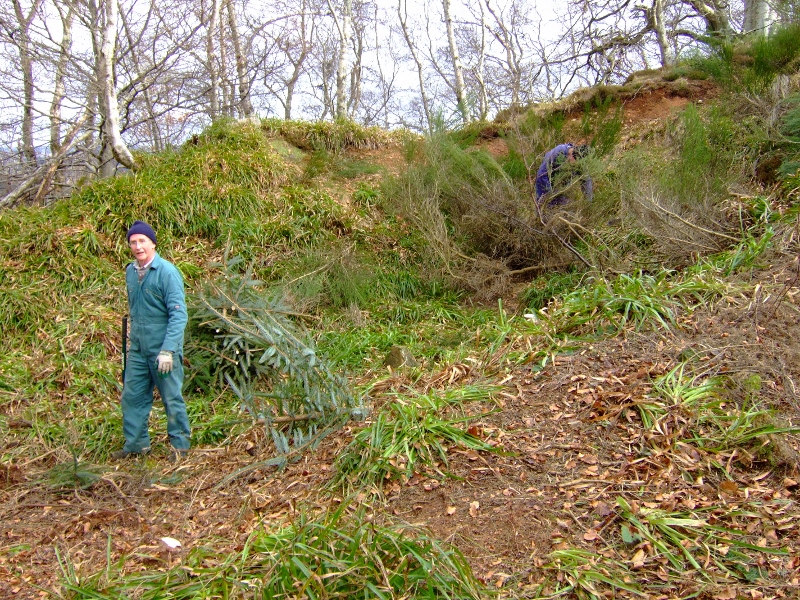 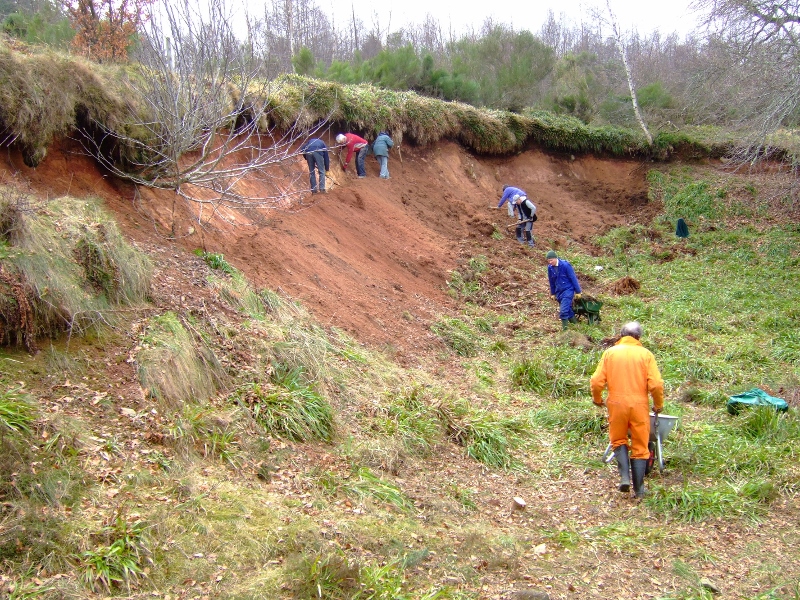 A group of 11 Volunteers met at Rowantree Carpark, todays work party was to clear the overgrown vegetation from the Quarry near to the carpark, this quarry is an SSSI, In this quarry is found Macaulayite a red, earthy, monoclinic mineral. It was discovered in the 1970s by Dr Jeff Wilson and named after the Macaulay Institute (now known as the James Hutton Institute) Aberdeen. This is the only known source of macaulayite in the world and is formed from granite which has been weathered by tropical climates prior to the last Ice Age. Vegetation had grown over the rockface and we were asked by SNH to remove it.