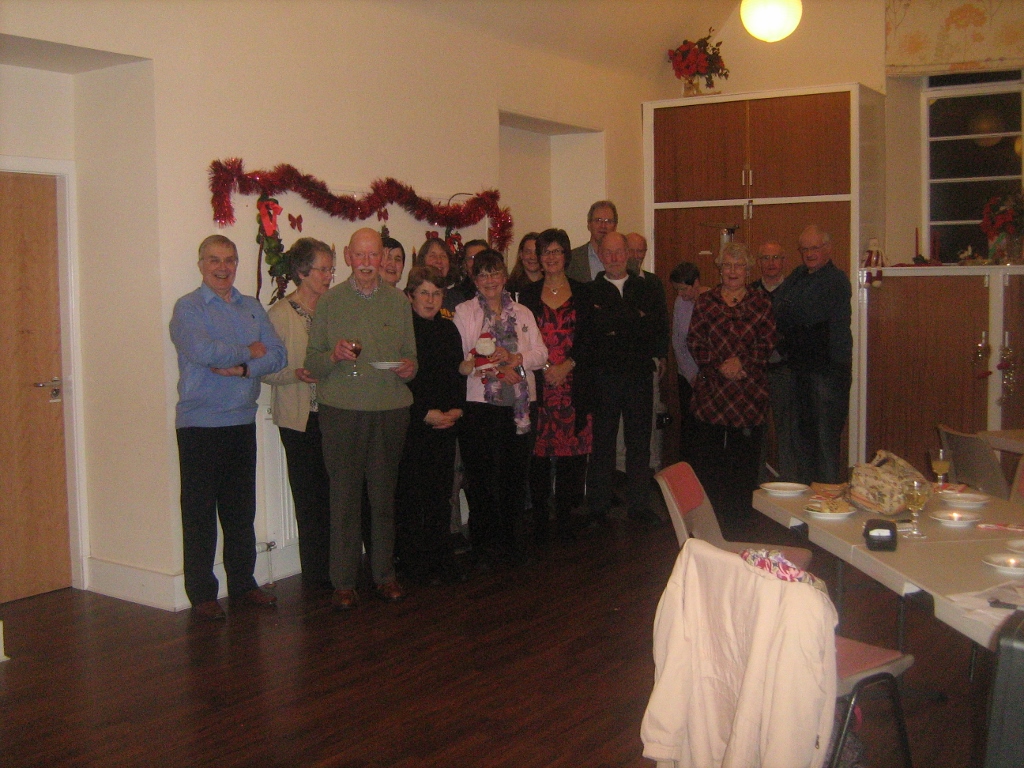 There was plenty of festive fun at the Bailies of Bennachie Pot Luck evening at St Mary’s centre, High Street, Inverurie on Monday.

It was ‘Pot Luck’ as everybody was invited to bring a ‘pot’ or plate of festive fare, savoury or sweet.

The evening began with three films, all relating to Bennachie in one unusual, highly original way or another which were brought along by Emily Wyndham Gray from the Scottish Sculpture Workshop at Lumsden.

The films were made by artist and now film producer Henry Coombes who had a six month residency at the Scottish Sculpture Workshop earlier this year and Casali and Roubini from Milan who worked on Bennachie during the summer.

The latter film has already been screened at the Milan Film-makers festival where it was very well received.

After an interval for the Pot Luck banquet there was a Bailies of Bennachie devised game, based loosely on Give us a clue. There was fierce competition between the two teams spurred on by the promise from Senior Bailie Jackie Cumberbirch of a ‘splendid prize’ – which turned out to be a bag of jelly babies.