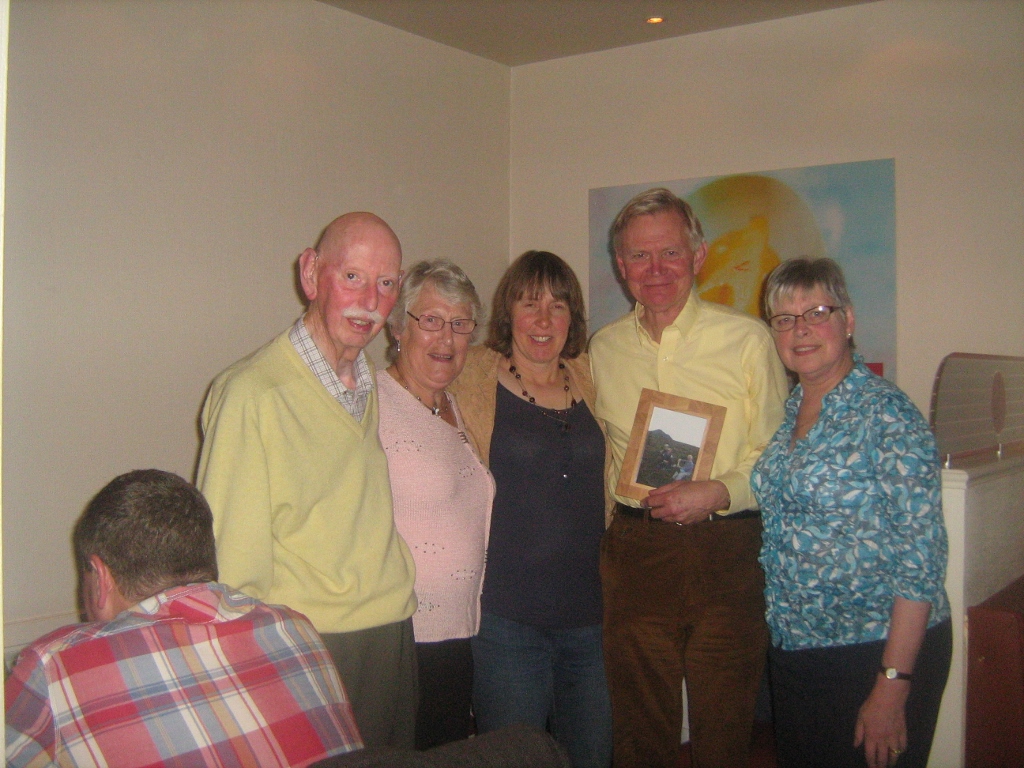 The Bailies of Bennachie bid a fond but sad farewell to well-known couple Mike and Barbara Neely at a presentation dinner in Inverurie last week.

Former treasurer of the Bailies Mike and his wife artist Barbara are moving to Dorchester later in November.

Mike has a sister in Dorchester and they will be nearer two of their daughters Sarah and Clare but farther away from third daughter Fiona who lives in Edinburgh but they will be able to see her as they intend to be returning to Scotland on frequent visits to look up the many friends they have made since they made their home in the Garioch 15 years ago. Soon after they settled here Mike became a Bailie of Bennachie, he has also been a valued member of the Garioch Heritage Society and was often to be seen with a pinny on helping out at the Acorn centre in Inverurie.

Anyone up early enough during the summer months in Inverurie might have spotted him up a ladder watering the town’s hanging baskets. Senior Bailie of Bennachie Jackie Cumberbirch made the farewell speech and said: “We thought the Neelys would like a picture of Bennachie but when I was at their house I saw they already had paintings and photographs of Bennachie in nearly every room!

“So we managed to find a photograph of Mike when he was a members of one of the Bailies work parties on Bennachie, “We also gave them a gift of vouchers for a garden centre.” “We will all miss Mike and Barbara very much and wish them well in this new stage in their lives.”