On Sunday 2 September 2012 a Cairn was unveiled to commemorate the 3 air cash victims who died on Bennachie.
The first crash was on 3rd September 1939, which was the first day of World War II, and the fatalities were Ellard Cummings (Pilot) and Ronald Stewart (Gunner). The second crash was in February 1952 when Pilot Brian Lightfoot died.
All were welcome to attend the unveiling ceremony and approximately 80 people met at the top of Oxen Craig. Relatives of the air cash victims attended from Canada,Yorkshire and other parts of Scotland. The cairn was a short walk away from the top of Oxen Craig and Huntly Air Cadets lined the route from the top of Oxen Craig to the cairn. After a moving service held in lovely sunshine some of the relatives were shown wreckage of the planes that still lies on the hill, everyone then met back at the Bennachie Centre for tea and cake.
The Bailies of Bennachie would like to say Thank You to:
James Mackay, John Nicol, Ann Baillie, Relatives of the 3 air crash victims from Canada, Renfrew, Leeds and Yorkshire, Montrose Air Museum, RAF Lossiemouth, Gus Gurney, Huntly Air Squadron, Linzee Druce, Phil Mckay, Floyd Willston, Steven Middleton, and Jason Parker, Grampian Police, Forestry Commission Scotland, The Bennachie Centre and staff. 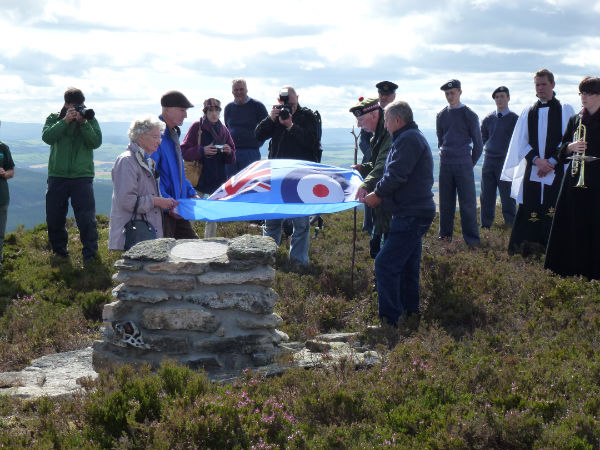 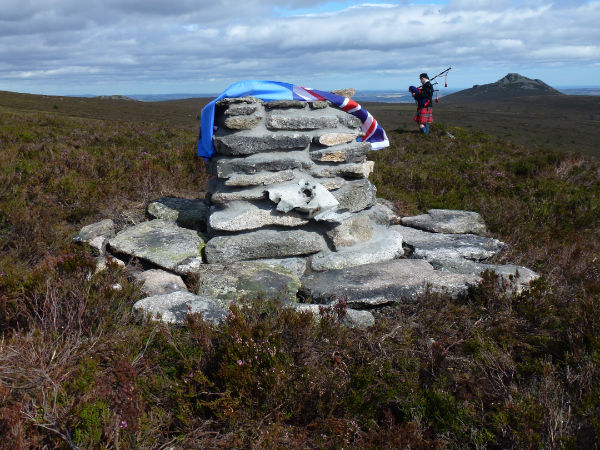 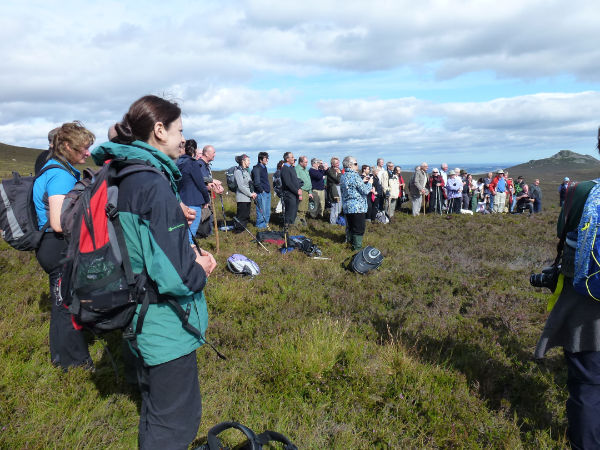