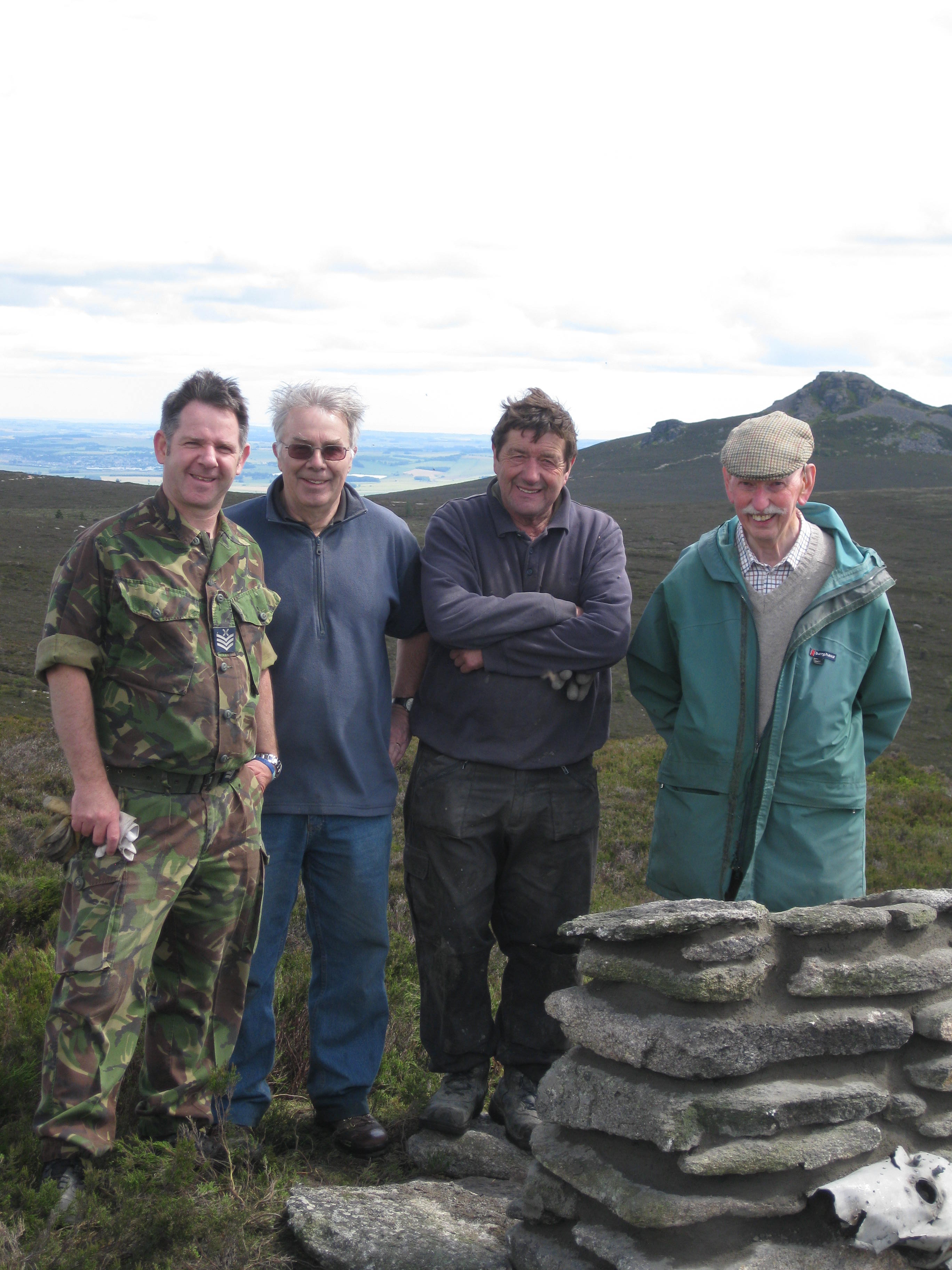 On Saturday 21 July The Bailies of Bennachie, aided by local builder
Phil McKay, Sergeant Gus Gurney from RAF Lossiemouth and Forestry
Commission Scotland reconstructed a cairn close to Oxen Craig that
commemorates the deaths of 2 pilots and one gunner that died in two
separate plane crashes on Bennachie. Equipment for this reconstruction
was kindly brought to the top of Bennachie by Moray and Aberdeenshire
Forest District, Forestry Commission Scotland staff.

The first crash on 3rd September 1939, the first day of World War II,
was a RAF Westland Wallace biplane flying from RAF Wigtown to RAF
Evanton (Easter Ross). It crashed into Bruntwood Tap in fog. The pilot,
Pilot Officer Ellard Cummings (23) from Canada and the gunner Leading
Aircraftman Ronald Stewart (24) from Paisley both died and are
officially recognised as the first military casualties of the War.

An RAF Gloster Meteor jet on a low level training flight from Leuchars
in Fife crashed on Oxen Craig on 12th February 1952 in a snowstorm. The
only crew member Pilot Officer Brian Lightfoot (22) from Yorkshire was
killed instantly when the plane exploded on impact scattering wreckage
over a wide area.

James MacKay, founder Bailies of Bennachie, has been researching these
crashes on the hill for several year and has even been able to make
contact with the deceased relatives. The Bailies of Bennachie have
decided to have a simple ceremony on 2 September 2002 to unveil the
cairn with a plaque to the air crash victims. Relatives of the deceased
will also be present coming from Canada. The ceremony itself intends to
start of at 2.00pm from the top of Oxen Craig. The Bailies will
publicise this event nearer the time and all are most welcome.. The
Bailes of Bennachie would ask that people do not remove or disturb any
remaining wreckage on the hill but leave it as a memorial to these brave
young men.