Ahead of the anniversary of the1939 fatal air crash on Bennachie a Bailies trustee has visited the graves of the two airmen who died when the plane hit the hill in poor weather. Dan Montgomery went to Paisley to find the grave of leading aircraftman, Ronald Stewart. He has also visited the grave of PO Ellard Cummings in Grove Cemetery in Aberdeen. He laid poppies at both sites.

The two airmen were the first casualties of the Second World War when their Westland Wallace biplane crashed into Bennachie just hours after the declaration of war with Germany on 3rd September 1939. The aircraft was a target tug plane used by a unit which trained observers in air navigation, bomb aiming, photography and gunnery. It was flying to RAF Evanton in East Ross when it crashed into the hillside, to the south east of Bruntwood Tap.

The Bailies have been closely involved in initiatives to remember both men, along with Flying Officer Brian Lightfoot, who died in a second aircraft crash on the hill on 12 February 1952. The pilot in the 1939 crash, 23 year old Pilot Officer Ellard Alexander Cummings, was from Ottawa, Ontario. He is buried in Grove Cemetery, Aberdeen. The gunner, 24 year old Leading Aircraftman Alexander Ronald Renfrew Stewart, was from Paisey and is buried in Paisley (Hawkhead) Cemetery,

A granite memorial, which incorporates pieces of wreckage from the crashes, was reconstructed by the Bailies in 2012. Wreckage from both crashes can still be seen on the hillside. Visitors to the site are requested not to remove any items as a mark of respect to the men who lost their lives in the crashes. 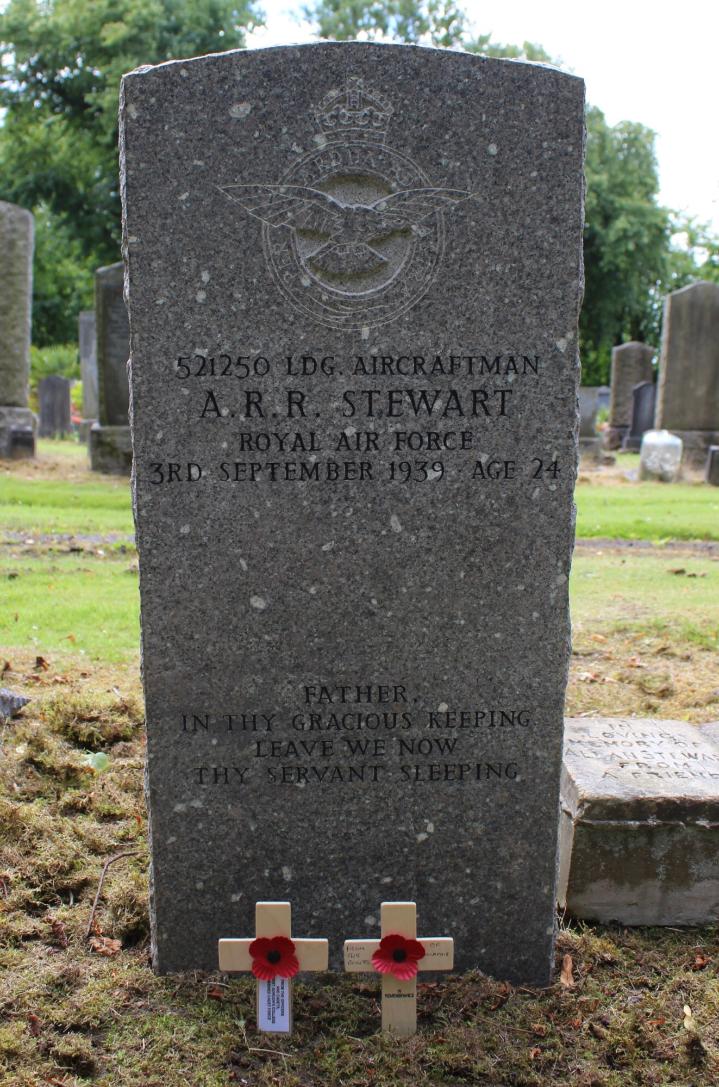